Returning to our screens on September 5th on FX, the first full trailer shows us the plot and themes, which for Season 7, look to have a large political agenda, and at its roots, the U.S Presidential race in 2016, between now President Donald Trump, and former first lady, Hillary Clinton. 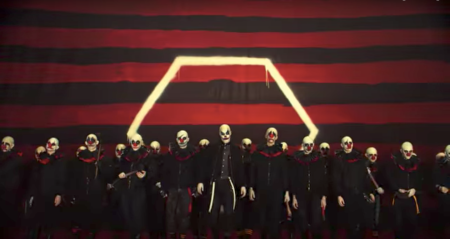 To the clear dismay and horror of Sarah Paulson’s character Ally, upon getting the news through the television that Donald Trump had won the election, she lets out a bloodcurdling scream.

Her reaction, I think i’m right in saying, is indicative to what whole world was feeling, and I can imagine she was feeling at the very moment the announcement was made. 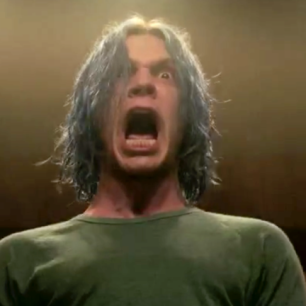 The polar opposite can be said for Evan Peter’s character Kai. In the trailer, he lets out a victorious roar, and then proceeds to grind up against the television.
He is the spitting image of Kurt Cobain in these photos, and comes across in the trailers as a very rebellious character.

We then see Ally with her therapist, Dr Vincent played by Cheyenne Jackson, we hear questions being asked of her about a recurring phobia, which from the looks of things, is related to clowns.

During this sequence, we’re introduced to AHS newcomer Billie Lourd (Scream Queens), who plays the part of Winter Anderson.

It would appear that winter becomes the child minder of Ally’s (Sarah Paulson) child, and is intent on playing on her fears…
Bringing us to the show re-uniting with character Twisty the Clown. He only returns in the form of a comic book character and an action figure, but as if season 7 really needs more creepy clowns?
Another telling part of the trailer is that we see Kai (Even Peters) and Winter making a sort of pact or pinkie promise. There plan may be to join forces and drive Ally to the brink.

As well as Sarah Paulson, Evan Peters, and Cheyenne Jackson returning, there was a picture posted on Ryan Murphy’s Instagram account of the following:

That’s right folks, Emma Roberts will be once again featuring in American Horror Story. Not too much is known about her character at this moment in time.
We know that the show runners Murphy and Phalchuk like to play their cards close to their chests and save a few surprises, so we will have to wait and see what they have in store for Emma Roberts, and any other returning cast members we don’t know about.

In what will be the 7th season of the hugely popular anthology series, there has of course, been loads of teaser trailers to entice us, and gear us up for the forthcoming rampage, and carnage of the new season. In total there were 30 teaser trailers produced.
Unlike the 6th season, the teaser trailers are relevant to the upcoming season.

Thats right, you read it correctly. Scream Queens will be returning on September 20th, for Season 2 of the show.

Scream Queens, is part of the group of television shows put together, by show runners, and producers, Ryan Murphy and Brad Falchuk. 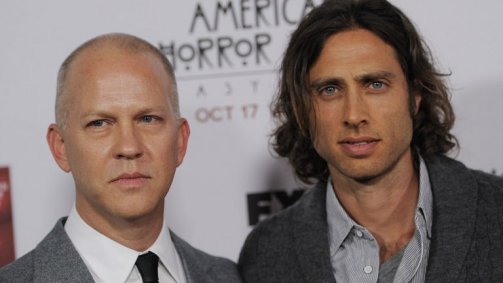 Their partnership has proved fruitful. Over the years, they are responsible for bringing us, some quality television. With such shows as Nip/Tuck (2003-2010), Glee (2009-2015), and going into its 6th season, American Horror Story, which will air on FOX, on September 14th.

The above is the official trailer for Scream Queens, Season 1. Introducing the 4 Chanels.(There was 5, but Chanel#4 was killed off in the pilot episode, and is uncredited).

. Season 1 of Scream Queens was set on a college campus, and focused mainly on the Kappa Sorority house. It featured, lots of murder, blood and gore.  Chanel Oberlin (Emma Roberts), sees herself, as being the head girl of the Kappa house, with her group of minions, who are numbered Chanel 1-5. Throughout season 1, there is a constant battle of wills between Chanel and the headmistress of the college, Dean Munsch (Jamie Lee Curtis)

Season 2 however, is set 3 years after the delightfully dark, and hilariously gruesome capers of season 1, and is set in a hospital, run by their former college head. Returning to the show, will be,3 Chanel Oberlin and her minions, Chanel#3 (Billie Lourd) and Chanel#5 (Abigail Breslin) and more of the favourites from season 1, such as: